AND EUROPE WILL BE STUNNED

How should the EU change in order to wel­come the Other?

How should Poland change within a re-imagined EU?

How should Israel change to become part of the Middle East?

Join inter­na­tional del­e­gates at the first con­gress of The Jewish Renaissance Movement in Poland (JRMiP) to address and answer these ques­tions. For three days we will assem­ble in Berlin to col­lec­tively imag­ine a new future and to for­mu­late the con­crete plat­form and demands of the move­ment. The Congress is tak­ing place within the frame­work of the 7th Berlin Biennale of Contemporary Art  and will oper­ate as a sym­bolic par­lia­ment, debat­ing about one ques­tion per day.

The JRMiP invites you to raise your voice and take part. Become a del­e­gate or an
active par­tic­i­pant. at the Congress. Be aware that seats are lim­ited. Use the chance and con­tribute your demand to the movement’s plat­form and vote upon the future agenda of the JRMiP. Participation as del­e­gate or active par­tic­i­pant is FREE!
Regular audi­ence can buy tick­ets here: www.hebbel-am-ufer.de

The Congress will depart from a let­ter of the late leader of the Movement, Sławomir Sierakowski, found after his assassination:

To my friends and comrades,

I can feel that I might be gone soon, but I know that you won’t run out of strength and imag­i­na­tion to change the world. Ties and imag­i­na­tion are what we need to enable the social change that we promised our­selves when we sum­moned 3.3 mil­lion Jews to return to Poland. What we want is to cre­ate a world in which such a plan would not sim­ply be dis­missed as utopian. Utopia for us seems to be the con­vic­tion that there are no alter­na­tives to the exist­ing world.

In today’s world, we are still ruled by fear for our safety and by shame about get­ting involved. Man is still a wolf to his fel­low man, since no tale of a bet­ter world engages him more than his own pri­vate inter­est. If we want to over­come the glob­al­ized ‘state of nature’ in which we live, we should cre­ate social ties. Because only the trust that we have for each other will allow us to get involved in build­ing a bet­ter world beyond our per­sonal affairs. I had a dream about what should be changed in Poland. But we need more dreams and imag­i­na­tion to change Europe and the Middle East. And I can promise you that these changes will be big and dif­fi­cult to carry out. That’s why I’m ask­ing all of you to think about them together. Argue, debate, and choose those that will best serve our cause. The cause of the Jewish Renaissance Movement in Poland (JRMIP)! I know that if you get together and trust each other, you will be able to come up with excit­ing sug­ges­tions and give a demo­c­ra­tic man­date to our dreams. Each and every one of us is respon­si­ble for social change!

Here is my pro­posal for changes in Poland:  1. Polish cit­i­zen­ship to all immi­grants!  2. Reintegration tax to cover the costs of mov­ing 3.3 mil­lion Jews to Poland!  3. Hebrew as the sec­ond offi­cial lan­guage in Poland!  4. Dismissal notice of the Polish state con­cern­ing the con­cor­dat with the Vatican state – each reli­gious insti­tu­tion should act on the same level!  5. Minorities House instead of Senate in Polish Parliament!

Once again I wish you ties and imagination!

…and Europe will be stunned! 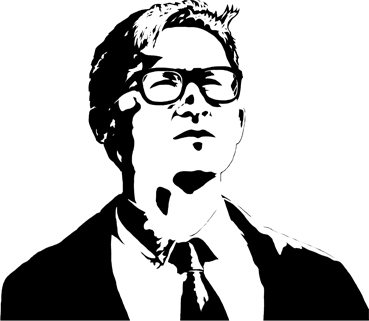